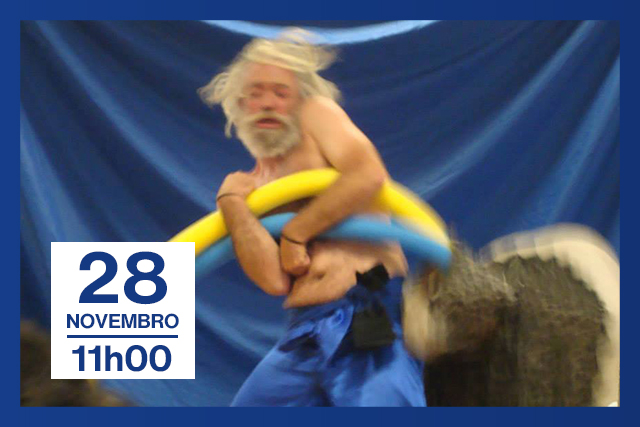 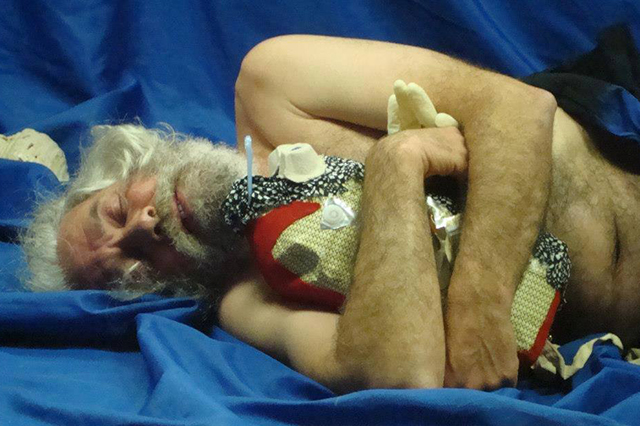 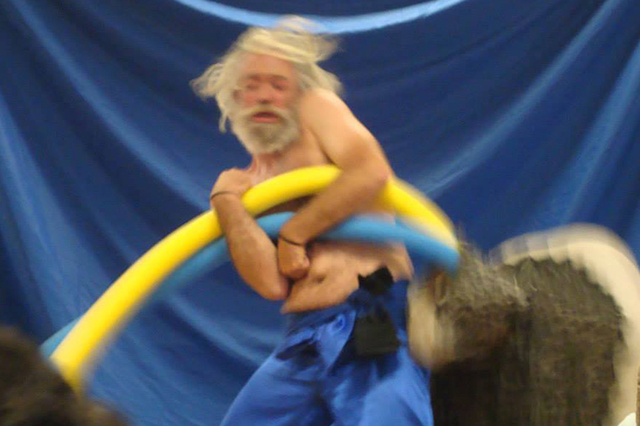 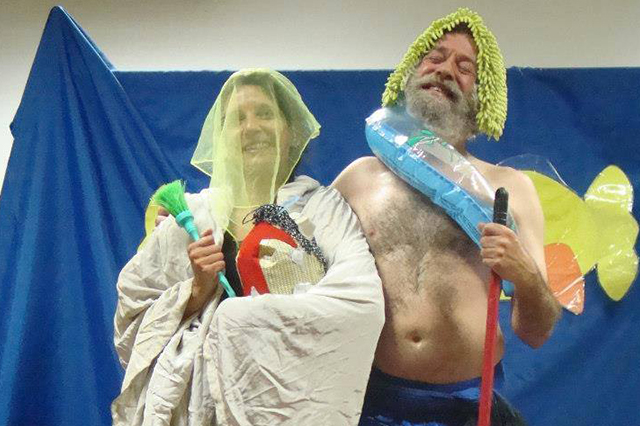 Once upon a time, there was a Sea so big, so big, but so big, that it belonged to everyone, to all fishes and all seaweeds. One day, someone said: "The Sea is mine, so I can do whatever I want". That someone (who was a lot of people) caught too many fish, and used the Sea as if it were a big dustbin. Until the Tide Sweeper woke up with a bucket on his head and couldn't believe his eyes... This story has no end, but it's a good beginning, alerting the youngest to the accelerated loss of biodiversity, with profound consequences for the natural world and human well-being. Two actors, music, a sea of cloth - sometimes with life, sometimes with rubbish - come together in a show, without words, and in which, however, everything is easy to understand: the sea belongs to everyone because it belongs to no one, and those who want it for themselves don't have it at all.Having as motto the sentence in epigraph, this show shows, in a both playful and didactic way, the importance of preserving the ecological balance as the only way of taking advantage of it without running the old risk of "killing the goose that lays the golden egg". Europe and the world have set themselves the objective for 2010 of halting the loss of biodiversity, in what was the International Year of Biodiversity. In a region with deep cultural, social and economic links to the sea and the Ria Formosa, we think it is important to create a show that alerts new generations to the accelerating loss of biodiversity, with profound consequences for the natural world and human well-being, particularly with regard to environmental issues and the degradation of wealth that arises around the theme "Sea".

Biography of the company

Founded in October 2015 and established in January 2016, te.Atrito is a theatre group that from Faro has developed its activity in the Algarve and, more occasionally, throughout the country. With 23 productions performed it has presented more than 500 shows in partnership with associations, theatre groups and Theatres, schools, town and parish councils, general directorates of arts and prisons, regional directorate of education, University of the Algarve, Gulbenkian, Living Science Centre and other public and private institutions. Besides the production and presentation of shows, te.Atrito has also promoted university, youth and elderly theatre groups, as well as "Dita Poetry" sessions. It has also collaborated in films and videos produced in the Algarve. In partnership with Associação Recreativa e Cultural de Músicos it organizes Em Contra Teatro since 2010, of which 5 editions have already taken place. In te.Atrito's projects have participated actors, musicians, dancers, filmmakers and producers that since the 90's have, in an independent but continuous way, contributed to the artistic activity and cultural promotion in the Algarve region. te.Atrito is a theatre group that assumes the essential role of the actors in the aesthetic options and in the construction of the characters that, in turn, will define the dramatic structure of the scenes. The creative freedom of the performers in the collective experimentation of ideas and texts and the simplification of the costumes, scenery and props allow to reinforce this purpose of focusing the action on the actor. Created in October 2005, it is formed by actors, directors, dramaturges, costume designers - we are all of that. Because being all involved in the creative process is not only the conceptual sublimation of poor theatre. It is the theatre possible in the freedom that is possible today, with what that may cost. To you.