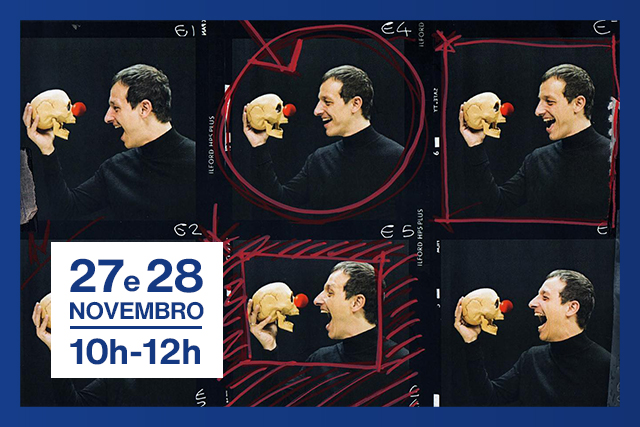 Course aimed at anyone interested in exploring their own humor through ‘La Formula del Clown’ and its 7 practical principles, with the essential keys of Clown, a methodology contrasted by practice, based on a practical and playful approach. Experience an explosion of limitless freedom, a volcanic explosion called laughter!Swimming against the current? Dreaming the impossible? What is exactly what attracts you to Clown? Get ready because you are about to enter a parallel world that works with new rules. Discover the excellence of failure, experience the logic of nonsense, push your limits by defying conventions and regain your most authentic nature. A course to learn the essentials of Clown and give you a clear idea, with exact tools.A simple method for anyone who wants to enter the world of Clown.

Actor, stage director, author and educator, but above all, clown. Second generation of clowns, at the age of five, took the stage from his father's hand. Of theatrical lineage, he learned the know-how of the art in his family's theater.
From the beginning of his career he guided his research on comedy and through his training he acquired numerous skills, that refined his style and technique on stage. With a trajectory that includes one debut per year, he performs in theaters and festivals in America and Europe.
Graduated as a theatrical pedagogue, he directs clown classes and annual workshops. He is also a methodical researcher of the clown genre, which is why he was encouraged to edit essays and make a documentary of conversations with the most important masters of this genre.